TOKYO (REUTERS) - Japan on Tuesday (March 6) stuck to its a low-key approach to threatened US tariffs on steel and aluminium, reflecting a desire to keep trade fights from hurting security ties as well as lessons learned about how to deal with US President Donald Trump.

The spectre of a trade war coincides with signs of a thaw in a crisis over North Korea's nuclear and missile threat, prompting concerns in Tokyo that talks between Pyongyang and Washington could take place despite Japan's stance that the focus should be on putting increased pressure on Pyongyang.

Minister of Economy, Trade and Industry Hiroshige Seko on Tuesday repeated that Japanese steel and aluminium exports are not affecting America's national security but are helping America's economy. He declined comment on possible retaliation.

"High quality steel and aluminium exports from (US) ally Japan are not at all affecting US national security but rather are contributing to US employment and the economy," Seko told a news conference.

President Trump last week proposed tariffs of 25 per cent on steel and 10 per cent on aluminium. That prompted Canada, Mexico and the European Union to threaten counter-steps if the plan, based on Section 232 of a 1962 US law that allows such tariffs based on "national security", went ahead.

Peter Navarro, director of the White House National Trade Council, said countries will not be excluded from the tariffs but there will be a mechanism for some corporate exemptions, raising hopes some Japanese products will be exempted.

Any steps Japan does take in response to US tariffs would be consistent with rules of the World Trade Organisation (WTO), said a Japanese government source, who declined to be identified because he was not authorised to speak to media. 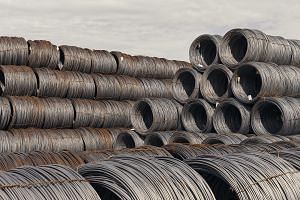 US tariffs: Global trade war the real worry for Singapore

"We wouldn't stand idly by, but ... if we did the same thing as the United States by taking steps that are against WTO rules, that would be like a children's spat."

Japanese Prime Minister Shinzo Abe, who has forged close ties with Trump, is wary of confrontation over trade since keeping Tokyo and Washington on the same page on North Korea is a top priority, experts said.

"The security issue looms much larger now. I don't think they want to set off Trump," said Jeffrey Kingston, director of Asian studies at Temple University's Japan campus."You don't get what you want by getting in his face, but by making it seem he's getting a better deal," he added.