Several actors have come under fire online for their remarks regarding the Hong Kong protests, including Jackie Chan and Liu Yifei.

In an interview with the state-owned CGTN, Chan said recent events in Hong Kong have made people "sad and depressed".

"I really hope Hong Kong can return to peace soon," he said.

Twitter user JP wrote: "When we tell you we're from Hong Kong, please never ask us about Jackie Chan ever again."

Meanwhile, Chinese-American actress Liu made a comment supporting Hong Kong police as clashes between protesters and the police continue in the city.

Liu, who will star as the titular heroine in Disney's live-action remake of Mulan, posted her comment last Wednesday on the Twitter-like Weibo microblogging platform, where she has about 65 million followers. 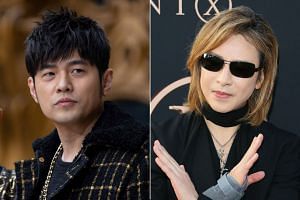 Andy Lau plays it safe, event to celebrate his birthday axed because of HK demonstrations

Sharing a post from the state-run People's Daily, which had an image with the words "I support Hong Kong's police, you can beat me up now", the China-born Liu added the hashtag "IAlsoSupportTheHongKongPolice".

Many outside China slammed the posts, with some calling for the public to boycott the Mulan film.

Twitter user Cheuk Ting Ho wrote that she was disappointed to see the actress who will play the character "not empathise with the protesters in Hong Kong".

"They are fighting for their homeland like Mulan," she said in her post, which included the hashtag "BoycottMulan".