On the back of its first results since Washington placed it on a so-called entity list in May, which effectively banned American firms from supplying to it, Huawei also said it remained focused on improving the global smartphone business which bore the brunt of supply chain disruptions caused by the US action.

"Given the foundation we laid in the first half of the year, we continue to see growth even after we were added to the entity list. That's not to say we don't have difficulties ahead.

"We do, and they may affect the pace of our growth in the short term," he said.

The US government, which alleges Huawei is a national security risk as its equipment could be used by Beijing to spy on others, has since given Huawei a three-month reprieve till Aug 19.

US President Donald Trump has signalled Washington would be relaxing the sanctions on Huawei, though details are unknown.

Huawei's founder and chief executive officer Ren Zhengfei told reporters last month that the impact of the blacklisting was worse than expected.

It could cost the company US$30 billion (S$41 billion) in revenue, he said, and Huawei's revenue this year and next year could stay roughly the same as last year's - at around US$100 billion. 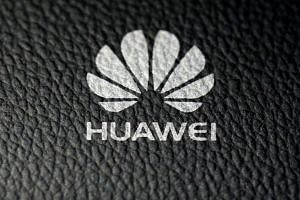 Huawei rewards staff for accelerating revenue despite US ban

Mr Liang said yesterday Huawei remained confident in its ability to cope with the blacklisting, and its 5G product roll-out had not been affected. The company has secured 11 commercial 5G contracts since the blacklisting.

Analysts said strong domestic smartphone sales and new 5G carrier contracts were helping to offset the impact from the blacklisting that threatens to cut Huawei's access to advanced US components and software like Google Android apps.

Unlisted Huawei, which started disclosing quarterly results only this year, said revenue in the first half rose to 401.3 billion yuan (S$80 billion), faster than the 15 per cent growth of a year earlier.

Mr Liang said the company's proprietary Hongmeng mobile operating system was still under development for connected devices, and that its preference was to continue to use Google's Android operating system for mobile.

Huawei has given little information about Hongmeng, its own back-up operating system under development, in case it is cut off from US-made software.

A version of this article appeared in the print edition of The Straits Times on July 31, 2019, with the headline 'Huawei wary despite 23% rise in revenue'. Subscribe
Topics:
More
Whatsapp Linkedin FB Messenger Telegram Reddit WeChat Pinterest Print Copy permalink