TOKYO • It might sound like pie in the sky, but Japan's government is banking on a future with flying cars, launching an initiative yesterday with the private sector to develop futuristic vehicles.

The initiative aims to draw up a road map by the end of the year on commercialising flying cars, a concept that so far remains largely theoretical. Japanese government officials are partnering top companies including Boeing and Airbus, as well as major Japanese firms like All Nippon Airways, Japan Airlines, NEC and the Toyota-backed Cartivator.

"We launched the public-private meeting to cultivate a new industry and make it profitable in the world market."

In Japan, engineers working with the Cartivator project are already developing a three-wheeled car that relies on drone technology to take flight.

Toyota and affiliated companies have invested about 42.5 million yen (S$522,000) in the project. 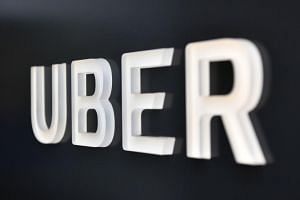 When cars fly? Japan wants airborne vehicles to take off

Cartivator is hoping to launch a manned prototype by the end of 2019 so it can be used to light the Olympic flame when Japan's capital Tokyo hosts the Games in 2020.

The 2.9m long and 1.3m wide vehicle, dubbed SkyDrive, will have four sets of propellers.

But Japan is not alone in the flying car marketplace. Companies researching the sector include Uber, the Kitty Hawk project backed by Google founder Larry Page, Lilium Aviation in Germany, Safran in France and Honeywell in the US.

A version of this article appeared in the print edition of The Straits Times on August 30, 2018, with the headline 'Flying cars set to take off in Japan'. Subscribe
Topics:
More
Whatsapp Linkedin FB Messenger Telegram Reddit WeChat Pinterest Print Purchase Article Copy permalink