WASHINGTON (AFP) - A controversial missile defence system whose deployment has angered China is now operational in South Korea, the US military said Monday (May 1).

Washington and Seoul agreed to the Terminal High Altitude Area Defense (Thaad) battery deployment in July in the wake of a string of North Korean missile tests.  US Forces Korea said THAAD is “operational and has the ability to intercept North Korean missiles and defend the Republic.”

A US defence official told AFP, however, that the system has only “reached initial intercept capability.”

This initial capability will be augmented later this year as additional hardware and components arrive to complete the system, officials said.

Thaad's deployment in South Korea has infuriated China, which fears it will weaken its own ballistic missile capabilities and says it upsets the regional security balance. 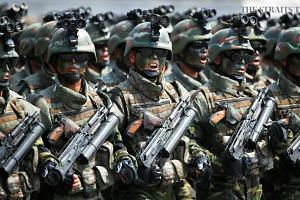 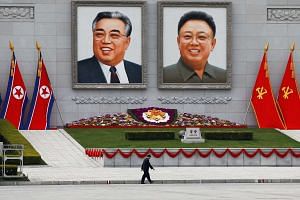 North Korea warns of nuclear test 'at any time'

The Thaad system, which is being installed on a former golf course in the southern county of Seongju, is designed to intercept and destroy short and medium-range ballistic missiles during their final phase of flight.

Beijing has imposed a host of measures seen as economic retaliation against the South for the Thaad deployment, including a ban on tour groups.

Retail conglomerate Lotte, which previously owned the golf course, has also been targeted, with 85 of its 99 stores in China shut down, while South Korea's biggest automaker Hyundai Motor has said its Chinese sales have fallen sharply.

The Thaad deployment comes as tension soars on the Korean peninsula following a series of missile launches by the North and warnings from the administration of US President Donald Trump that military action is an "option on the table."