He was speaking on the sidelines of a ministerial dialogue with the Singaporean community in Beijing after he witnessed the signing ceremony for 10 commercial pacts between Singapore and Chongqing companies as part of the Chongqing Connectivity Initiative (CCI).

The CCI is Singapore and China's third joint project, started in November 2015, after Suzhou Industrial Park and Tianjin Eco-City. The CCI project aims to help drive growth in China's less developed western region by improving Chongqing's transport and services links to the region and beyond.

Mr Chan said Singapore and Chongqing could look to cooperate in new areas such as the medical, education, precision engineering and infrastructure sectors under the FTZ.

"We could link up the CCI concept with the new FTZ concept, and we are excited by this," said Mr Chan.

In an e-mail interview with China's Xinhua news agency yesterday, Deputy Prime Minister Teo Chee Hean said that much progress has been achieved in the CCI project.

In financial services, more than US$6 billion worth of cross-border deals have been agreed on and completed, helping Chongqing-based companies to access cost-efficient funding in Singapore, he said.

Both sides are in talks to develop a new direct trade route that will connect Chongqing to South-east Asia via the Beibu Gulf - also known as the Tonkin Gulf - in southern Guangxi.

A Singapore-Chongqing Digital Super Highway that promises greater high-speed information technology connectivity between western China and South-east Asia is also in the works, he added.

Known as the Chongqing Logistics Development Platform (CLDP) and the Multi-Modal Distribution and Connectivity Centre (DC), the two projects are born out of the Transport and Logistics Masterplan for the CCI.

The CLDP, a company set up to do logistics planning, will develop standards and best practices for the transport and logistics industry. The DC is a logistics hub that caters to different transport modes, such as river, rail, air and road, said IE Singapore.

IE Singapore will form a work group with the Chongqing municipal government to oversee and support the roll-out of these two projects.

"We hope that the two projects will serve as a model for future cooperation and play a leading role in spearheading other similar projects," said Mr Tang Zongwei, chairman of the Chongqing Liangjiang New Area Development and Investment Group.

The company is participating in both projects together with other Singapore and Chongqing players.

Mr Teo Siong Seng, managing director of Singapore company Pacific International Lines, which is another signatory to both projects, said: "It is also notable that the projects bring together leading players in both Singapore and Chongqing, who would otherwise be competitors (in the transport and logistics industry)."

Mr Teo is also chairman of the Singapore Business Federation and an industry adviser to the CCI.

The other eight agreements signed yesterday cover areas in transport and logistics, information and communication technology, finance and healthcare. 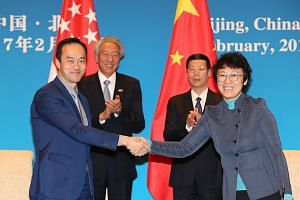 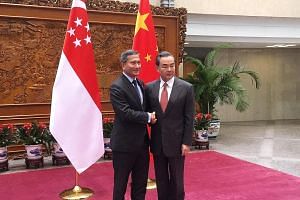 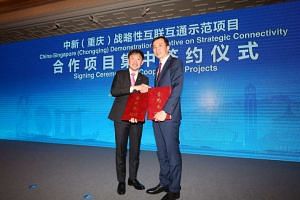 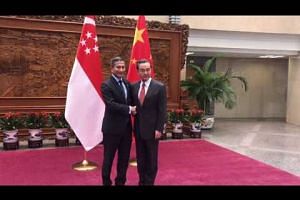 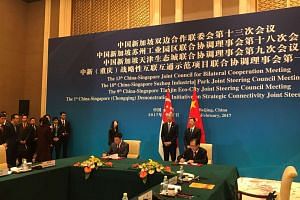 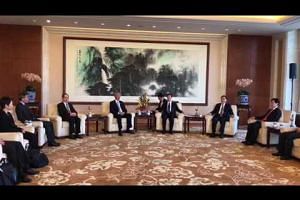 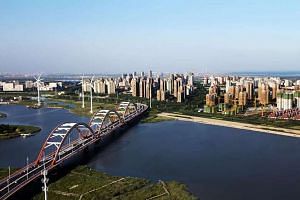 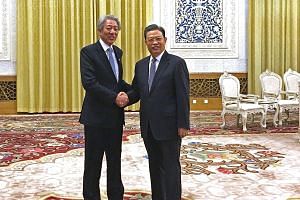 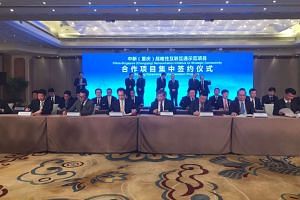 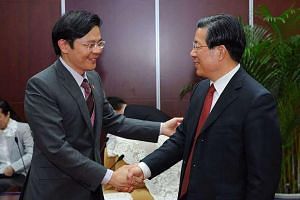