SYDNEY (AFP) - A Chinese national was charged with manslaughter Tuesday (Sept 5) over an alleged botched attempt at breast augmentation surgery at a Sydney beauty clinic that led to the death of the salon's manager.

Jean Huang, 35, was rushed to hospital last week after she went into cardiac arrest during a breast implant procedure. Attempts to revive her failed and she died a few days later.

Prosecutors allege Jie Shao, 33, administered an incorrect dose of anaesthetic while performing the surgery. She reportedly had no medical qualifications in Australia.

Court documents listed the drugs involved as tramadol and lidocaine, both pain relievers, and restricted substance hyaluronic acid, which is often used in cosmetic surgery, including lip and breast procedures.

Shao, who was visiting Australia on a tourist visa, was reportedly known to Huang through mutual friends. 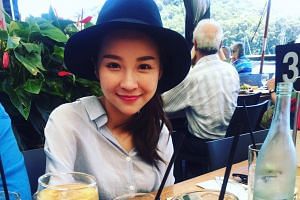 Shao was refused bail with the matter due back in court next month.