BEIJING (REUTERS) - Police in the north-eastern Chinese city of Changchun said on Sunday (July 29) they had asked prosecutors to approve the arrest of 18 people at Changsheng Bio-technology Co Ltd, a vaccine maker at the centre of a safety scandal.

China has launched sweeping spot checks on vaccine makers after Changsheng was found to have falsified data and sold ineffective vaccines for children, a case that has ignited public anger.

China's drug regulator has accused Changsheng of fabricating production and inspection records related to a rabies vaccine regularly given to infants.

In a brief statement, Changchun city police said that their investigation had already "basically" found that criminality was involved in the company's vaccine production.

The 18 people they have applied to arrest include its chairwoman Gao Junfang, on suspicion of producing and selling substandard drugs, police said, adding their probe was continuing.

Changsheng said last week that Gao, three senior executives and two mid-level employees had been taken in for questioning by local police.

Calls to the company seeking comment went unanswered. It is unclear if Gao has been allowed to retain legal representation.

Prosecutors are unlikely to reject the arrest request. 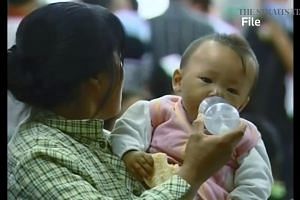 The company has its main production base in Changchun.

The investigation group said the company had systematically falsified production and testing records to avoid regulatory scrutiny, according to Xinhua.

President Xi Jinping has ordered all relevant departments to investigate the scandal, which has triggered public outrage in what is the latest case of tainted medical products.