BEIJING (AFP) - Chinese relatives of passengers aboard missing flight MH370 on Friday demanded to be taken to the Indian Ocean island of Reunion, where a wing part was found that the Malaysian government said was from the plane.

Most of those on board the aircraft were Chinese and about 30 family members gathered outside an office building near Beijing's main airport in hopes of meeting Malaysian officials, although none attended.

"Our demand is to go to Reunion island and look for ourselves," said Hu Xiufang, who had three relatives, including her son, on board the plane. 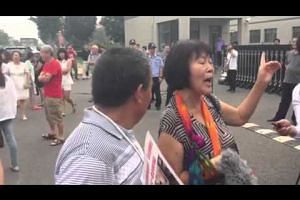 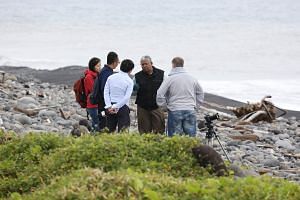 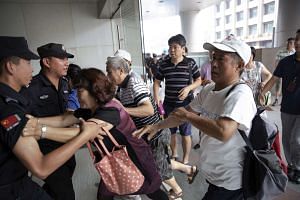 "All the relatives want to go there," she said. "Malaysia is the country responsible and they should obtain the relevant documents."

Malaysia's prime minister said early Thursday that wing wreckage found on the French island was from the plane, though French investigators have stopped short of that, saying only there was a "very high probability" it came from the Boeing 777.

And Malaysian Transport Minister Liow Tiong Lai said more objects - aircraft seat cushions and windows - had since been discovered on Reunion, but that any MH370 link "had to be verified by the French authorities".

A French judicial source however said French investigators had not received any new items.

Relative Lu Zhanzhong said that going to the island was the only way to ascertain what was happening.

"We want to go to the island and see the truth," he said. "I want to see if my son's luggage is there." Zhang Jianyi, who had a daughter and granddaughter on the plane, added: "We will all go there together. That's what international agreements require. And Malaysia is the relevant country to arrange it."

The Malaysia Airlines flight, with 239 people - including 153 Chinese citizens - on board, vanished en route from Kuala Lumpur to Beijing in March last year, and authorities said it went down in the southern Indian Ocean.

Many Chinese relatives of MH370 passengers have consistently questioned official accounts and expressed beliefs that their loved ones are alive, perhaps being held at an unknown location, despite the mounting evidence of a fatal crash.

Some of the relatives, including Zhang, wore white T-shirts printed with "we pray for the safe return of MH370".

"The Malaysian government have refused to send anyone to meet us," said Jiang Hui, whose mother was on the flight.

"I don't know what the Malaysian government fears, or what it's trying to cover up." he said.

Relatives later headed for the Malaysian embassy to press their demands for a meeting.