Foreigners operating vessels that trespass repeatedly into China's 12 nautical mile territorial waters despite past warnings or convictions could face prosecution and up to a year's jail, according to new rules by China's highest court.

The same punishment awaits Chinese citizens and foreigners convicted of "serious" illegal activities such as unlicensed fishing or wildlife poaching in Chinese waters, which include the 200 nautical mile Exclusive Economic Zones (EEZs).

The new rules, which were released on Monday and took effect yesterday, come in the wake of a ruling on July 12 by an international tribunal that none of the features that China controls in the Spratly island chain in the South China Sea is entitled to an EEZ.

A court spokesman was quoted as saying in an interview with reporters that drafting of the rules began last year, in accordance with Chinese law, the United Nations Convention on the Law of the Sea (Unclos) and judicial practices. 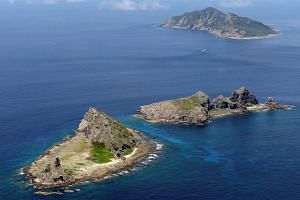 The spokesman said the high court has never ceased its jurisdiction over waters near the disputed Diaoyu/Senkaku islands in the East China Sea and those near the Paracels, Scarborough Shoal and Spratlys in the South China Sea.

Analysts say the new rules were linked not just to the tribunal outcome but also to China's aspirations of becoming a maritime power and a maritime judicial centre. They cite how the rules also pledged tougher enforcement against unlicensed Chinese fishing vessels, such as barring them from leaving harbours and prosecuting the operators or owners.

The court spokesman said Chinese boats' illegal entry into the fishing zones of other nations and hunting of rare corals and endangered maritime creatures "have caused severe damage to China's international image and foreign policy".

"It has nothing to do with the tribunal ruling," he added.

An arbitral tribunal in The Hague had invalidated China's historic claims over a large part of the South China Sea. It also dismissed its maritime entitlements such as EEZs in the Spratlys, saying man- made islands reclaimed from reefs had no such claims under Unclos.

China did not take part in the tribunal proceedings initiated by the Philippines in 2013 and has rejected the ruling for "exceeding" its jurisdiction.

The Chinese response so far has been largely restrained, with official rhetoric focused largely on restarting bilateral talks with Manila to resolve their territorial dispute.

But analysts say tensions could rise if China were to apply the trespassing rules also to foreign naval vessels, such as American military ships that have conducted freedom of navigation patrols within 12 nautical miles of Chinese-controlled reefs in the South China Sea.

But Sino-US relations expert Shen Dingli of Fudan University in Shanghai said the possibility is low. "First, the US has so many military vessels that can take turns to enter and leave upon being driven away, without violating China's laws.

"Also, if China were indeed to detain a foreign military vessel within its territorial waters, it knows such a move might spark armed conflict," he told The Straits Times.

A version of this article appeared in the print edition of The Straits Times on August 03, 2016, with the headline 'China to prosecute trespassers in its territorial waters'. Subscribe
Topics:
More
Whatsapp Linkedin FB Messenger Telegram Reddit WeChat Pinterest Print Purchase Article Copy permalink