BEIJING (REUTERS) - China's top family planning authority said on Friday (Oct 30) the central government will leave it to the provinces to hash out the details of implementing a new policy allowing couples to have two children.

About 90 million families may qualify for the new two-child policy, which would help raise the population to an estimated 1.45 billion by 2030, the National Health and Family Planning Commission said in an online statement. China, the world's most populous nation, had 1.37 billion people at the end of last year.

The policy, initially announced on Thursday by the ruling Communist Party, represented a further relaxation of the long-standing and controversial "one-child policy". Beijing hopes it can help offset the burden of an ageing population.

For decades, China harshly implemented the one-child policy, leading to forced abortions and infanticides across the country. In recent years, however, the policy has been relaxed, and some couples are allowed to have a second child. Others are permitted a second child if they pay a fine.

Despite Thursday's relaxation of the policy, the government will remain heavily involved. Families wishing to have a second child would still need approval, although eventually the commission will seek to shift to a system of registration rather than approval, deputy director Wang Peian said in the statement.

Critics say the policy change comes too late and will not have the desired effect. By around the middle of this century, one in every three Chinese is forecast to be over 60, with a shrinking proportion of working adults to support them. 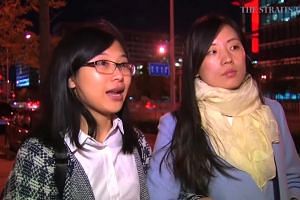 About 100 million couples to be eligible under China's new two-child policy: China Daily

Wang said the commission expected a labour force aged between 15 and 59 years to rise by about 30 million by 2050, stabilising expectations for economic growth.

After taking power in 1949, the communist government promoted big families, but in the late 1970s it introduced the"one-child policy" as a way to keep the population from spiraling out of control.

China's birth rate stands at about 1.6 children per family, according to Lu Jiehua, a professor in Department of Sociology, Institute of Sociology and Anthropology in Peking University. "If this figure doesn't rise significantly after five years, I think the government will take further steps to cut restrictions on births. Ideally the rate should be 2.1, which can boost the economy and social development best," said Lu.

Investors were quick to trade on the news, pushing up shares of toy makers and other childcare-related stocks in Shanghai and Hong Kong.

Beijing loosened the family planning policy in late 2013, allowing couples to have a second child where one partner was an only child, but as of June, only 1.5 million of the 11 million eligible couples applied to expand their family, said the paper.

Yuan Xin, a scientist at Nankai University in Tianjin, was quoted by the China Daily newspaper as saying the latest change will have a greater impact on rural families who are more interested than city dwellers in having larger families.