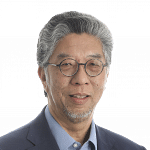 BEIJING - When Mr Xi Jinping visited Washington as China's vice-president on Valentine's Day in 2012, there was no brewing bromance.

His counterpart from the United States then, Mr Joe Biden, feted him at a welcoming banquet, but pressed him on human rights. It was tantamount to a diplomatic slap, as Beijing prefers talking about the issue behind closed doors.

Without singling out any country, a composed Mr Xi retorted at the banquet: "There is no best human rights in the world, only better human rights."

The rebuttal was measured. But it may have been lost in translation.

The unmixed message: The US has no business lecturing China as America's own record is not the best in the world. On the other hand, China's record has become better since the Communist Party swept to power in 1949.

The US may see the world in binary opposites, but for China, there are multiple shades of grey.

The US may not agree with Mr Xi's view on human rights, but he was not factually wrong.

For decades, China's definition of human rights has been subsistence rights - feeding and clothing more than one billion people.

China embarked on economic reforms and gave its citizens economic rights to enrich themselves only four decades ago. China aims to eradicate rural poverty by the end of this year.

Mr Xi, who became president in 2013, and Mr Biden, who narrowly defeated incumbent President Donald Trump in the presidential election on Nov 3, will spar over the next four years over a plethora of issues - from human rights abuses in Xinjiang and Hong Kong to the Covid-19 pandemic, trade, tech, Taiwan, Tibet and the disputed South China Sea.

"If Biden wants to talk, we are willing to sit down for talks. If he wants to continue Trump's fight, we are not afraid of a fight," a Communist Party insider told The Straits Times.

He was referring to Mr Trump's threats to decouple the world's two biggest economies, declare a financial war, delist Chinese companies in the US and slap further sanctions over Xinjiang and Hong Kong.

More On This Topic
What Biden means for Asia: Excerpts from ST's webinar with Tommy Koh, Chan Heng Chee
Japan is concerned US may be more conciliatory towards China

"Biden will be respectful and reasonable compared with Trump, but US policy towards China will not change 180 degrees overnight," the source said, requesting anonymity.

There is a consensus in the two houses of Congress, and between Democrats and Republicans, that China is a strategic competitor that needs to be dealt with.

The Chinese and Americans' vastly differing values mean it would be difficult, if not impossible, for Mr Biden to totally reset bilateral relations which Mr Trump plunged to their lowest ebb since normalisation in 1979. China and the US will have their own wish list in upcoming negotiations.

Trade is the lowest hanging fruit. China can import more US farm products, but would want Mr Biden to scrap tariffs imposed by Mr Trump.

The US was conspicuously absent when 15 Asia-Pacific countries, including China, formed the Regional Comprehensive Economic Partnership - the world's largest free trade bloc - at a virtual regional summit in Hanoi on Sunday.

More On This Topic
India uneasy over whether new US leadership will raise thorny issues
Pyongyang stays mum, while Seoul is set to play bigger role as middleman

China has further opened its financial market, to the delight of Wall Street, US banks and insurers.

But Mr Biden will find it difficult to undo Mr Trump's tech war and lift a ban on selling chips to telecoms giant Huawei, or give up seeking the extradition of Meng Wanzhou, daughter of Huawei founder Ren Zhengfei, from Canada.

It is a given that Mr Biden will press China on human rights. But Xinjiang and Hong Kong are sovereignty issues for Beijing and backing down is not an option. China argues that the tough measures are needed to restore stability in the two territories.

Uighur Muslims were blamed for three terrorist attacks between 2009 and 2014 that left about 230 people dead and more than 1,900 people wounded, mostly Han Chinese. Hong Kong was rocked by months of rioting last year.

Topping China's wish list is likely to be the US stopping military incursions into China's airspace and territorial waters near Taiwan and in the disputed South China Sea.

More On This Topic
Biden's China policy? A balancing act for a toxic relationship
ST Asian Insider video: What would a Joe Biden administration mean for Asia?

"When these happened during the presidential election, we could understand and have been restraining ourselves. But these provocative actions must stop after Biden takes over," a second source with ties to the Chinese leadership said, requesting anonymity.

Taiwan and the South China Sea are also sovereignty issues for Beijing, which refers to them as "core interests".

During Mr Trump's four-year presidency, America's relations with Taiwan became too close for China's comfort. He sent the health secretary and an undersecretary to the self-governed democratic island, which Beijing has claimed as its own since 1949.

Mr Biden will continue to sell weapons to Taiwan even though it is an open secret that the island's ruling party preferred Mr Trump over Mr Biden.

Some Chinese party insiders are optimistic China and the US can cooperate on climate change and non-proliferation.

But Mr Biden will have a lot on his plate after assuming the presidency in January, grappling with the Covid-19 pandemic, healing the wounds of a politically and racially divided America, and worrying about economic recovery. He could also face a Senate dominated by Republicans.

More On This Topic
US, China must find areas of cooperation or risk sliding into conflict: Kissinger
Trump plans more actions on China in coming weeks to bind Biden

Adding to his woes, Mr Trump, who garnered about 73.7 million votes, just six million shy of Mr Biden's tally, appears unwilling to concede defeat and could give Mr Biden grief.

Mr Biden could try to regain the moral high ground lost by Mr Trump and form an alliance of democracies - a move that would be seen by China as vindication of its suspicions that the US is determined to not just contain it, but also bring down the Communist Party.

On the security front, China sees the Quadrilateral Security Dialogue - which consists of Australia, India, Japan and the US - as a Nato-like military alliance against it.

A Chinese Foreign Ministry spokesman belatedly congratulated Mr Biden on Nov 13, but President Xi has yet to send a cable to Mr Biden, ostensibly to give President Trump face and prevent him from resorting to extreme measures in the run-up to Jan 20, when the inauguration takes place.

China also does not want to give the impression it is desperate and overeager to please Mr Biden.

More On This Topic
Former China minister says trade frictions with US could remain under Biden
Biden to face long list of foreign challenges, with China being No. 1

At the recent Bloomberg New Economy Forum, former US secretary of state Henry Kissinger urged the incoming Biden administration to move quickly to restore lines of communication with China.

"Unless there is some basis for some cooperative action (between China and the US), the world will slide into a catastrophe comparable to World War I."

At the same forum, China's No. 2 securities regulator Fang Xinghai also urged the US to take a more patient approach, saying that the superpower was pushing too fast for change from the world's second-largest economy.

He hoped for better relations under Mr Biden and said China and the US need each other.

The ball is now in Mr Biden's court.