BEIJING (REUTERS) - China on Friday (March 9) rejected a Swedish complaint that it did not allow a Swedish doctor to see a detained Swedish book publisher, saying he had requested not to see the doctor.

Gui Minhai, a Hong Kong-based, Swedish publisher of books critical of China's leaders, was abducted in Thailand in 2015, one of five people in the Hong Kong book trade who went missing that year and later appeared in custody in mainland China.

The detentions have stirred worries among some people in Hong Kong about creeping Chinese Communist Party interference despite a guarantee of wide-ranging freedoms for the former British colony, which returned to Chinese rule in 1997.

Mr Gui, 53, was released from custody last October, but his whereabouts were unclear until January, when his daughter said he was seized by Chinese agents onboard a Beijing-bound train while in the presence of two Swedish diplomats.

China confirmed last month that it had detained Gui.

Swedish Foreign Minister Margot Wallstrom said a Swedish doctor who had been sent to Mr Gui had been denied permission to meet him on Wednesday, but Chinese Foreign Ministry spokesman Geng Shuang rejected that account. 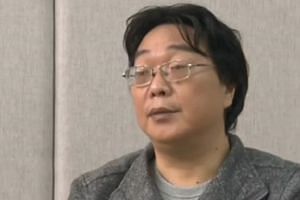 "According to what I understand, previously the Chinese side had already arranged for experts to diagnose Gui Minhai. His mental and physical health are good, and he said that at the moment he does not want to see the Swedish doctor," he added.

China had already informed Sweden of this, and hoped Sweden could respect this, Mr Geng said.

"As for the Swedish side's unwarranted criticism, China absolutely cannot accept it."