In a statement on its website yesterday, China's Foreign Ministry noted that North Korea has conducted another nuclear test "despite universal opposition from the international community".

"The Chinese government expresses firm opposition to and strong condemnation of the test," it said of the North's test yesterday.

It added: "China urges North Korea to stop wrong actions that worsen tensions and go against its own interests, and to return to dialogue to resolve problems."

Chinese President Xi Jinping and Russian President Vladimir Putin, who met yesterday on the sidelines of the annual Brics summit, agreed to "appropriately deal" with the nuclear test and to strive for the denuclearisation of the Korean peninsula, Xinhua reported.

Pyongyang's sixth and most powerful nuclear test came hours before Mr Xi delivered the opening speech at the summit, held in south-eastern Xiamen.

This was the second time North Korea has tested a weapon on the eve of an important global event in China. In May, it fired a missile, hours before Mr Xi opened the inaugural Belt and Road Forum.

But analysts told The Straits Times the test is unlikely to have been timed to coincide with the Brics event, which gathers the world's five major emerging markets - Brazil, Russia, India, China and South Africa. 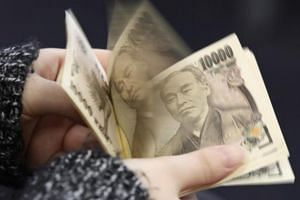 "Kim Jong Un is wholeheartedly devoted to developing nuclear weapons," said international relations professor Shi Yinhong of Renmin University in Beijing. "The Brics summit is largely irrelevant to him. He does not care about what is happening in China. He is most concerned with US President Donald Trump's threats."

North Korean expert Cai Jian also warned against reading too much into the timing. "This could be coincidental. He is just conducting the experiments according to his own schedule," said the professor from Fudan University in Shanghai.

The nuclear test, which triggered a magnitude 6.3 earthquake, sent tremors across north-east China for as long as eight seconds, according to reports on social media. While many residents in the border city of Yanji in north-east Jilin province felt the jolt, they went dining and shopping as usual, according to Reuters.

"We all ran out of our apartments when it happened, we had no idea what was going on. We thought it might have been an earthquake," Mr Bai Jin told Reuters. He added that he was not fearful of the possible effects of radiation as the tests are conducted underground.

Nonetheless, China's Nuclear Safety Administration said it had begun emergency monitoring for radiation along the border.

Prof Shi said the latest provocation from Pyongyang has given Beijing a "more difficult dilemma".

"The only option left is to cut oil supplies, and it could be done partially or completely, and temporarily or permanently," he noted.

"But it is clear that the sanctions are not working. It is high time for Beijing to change its strategy."