Beijing is committed to ensuring its newly passed foreign investment law is a meaningful milestone in its opening up to the world, Premier Li Keqiang has said.

After it was passed at the close of China's annual parliamentary session yesterday, Mr Li detailed concrete steps that the government will take in the coming months to flesh out the new law, which critics had said was fast-tracked largely to assuage American concerns.

A new complaints filing regime and an information disclosure mechanism to ensure greater transparency will be created, among other things, said Mr Li.

More importantly, it signals to various state organs the emphasis Beijing has placed on protecting foreign investors and on deepening work in this area, he added.

"The government will introduce a series of matching regulations and normative documents to protect the rights and interests of foreign investors," he said.

Asked about the perception that Beijing has not taken practical action to back up its talk of greater reform, and that the new law was accelerated as a response to US pressure, Mr Li said that opening up "is China's fundamental state policy".

"If we make a promise on opening up, we will certainly deliver," he said.

The new law, which takes effect next January, states broadly that foreign firms will compete on an equal footing with local ones, and that the authorities must not force technology transfer in exchange for access to China's markets. 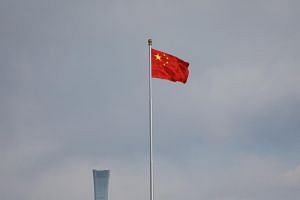 China to stick with economic reform despite slowdown

But the law adopted yesterday had just 41 articles, compared with a more detailed 2015 draft with 170 articles that had stalled in the National People's Congress.

Chinese experts pointed out that the foreign investment law is meant to be a new unified law, with implementation specifics to be clarified in the coming months by the State Council, China's Cabinet.

Mr Li said that businesses can expect clarity "in the following weeks and months to make this law truly operable".

This includes a proposal to revise related intellectual property rights laws, and a punitive compensation mechanism for those who infringe such rights.

Allen & Gledhill's head of China practice, Mr Huang Xuhua, said that the new law is in keeping with steps taken by Beijing in recent years to reform its foreign investment management system, and the principles laid out are likely to attract more foreign investors.

Mr Huang also noted that as the law will supersede three existing laws governing different forms of foreign investment, Beijing will need to flesh out the principles laid out in the just-adopted law into detailed operative regulations, so that companies thinking of entering China or expanding their investments will have clear rules to follow.