BEIJING/SINGAPORE (BLOOMBERG) - Xi Jinping vowed to match Donald Trump blow for blow in any trade war. Now as one gets closer, some in Beijing are starting to openly wonder whether China is ready for the fight - an unusually direct challenge to the leadership of the world's second-largest economy.

In recent weeks, prominent academics have begun to question if China's slowing, trade-dependent economy can withstand a sustained attack from Trump, which is already started to weigh on stock prices.

The sentiments are being expressed in carefully worded essays circulated on China's heavily censored Internet and - according to interviews in recent days with ministry officials and foreign diplomats who asked not to be identified - repeated in the halls of government offices, too.

The essays have raised concerns that the ruling Communist Party underestimated the depth of anti-China sentiment in Washington and risked a premature showdown with the world's sole superpower.

Such views push the bounds of acceptable public debate in a nation where dissent can lead to censure or even jail time, and are particularly bold given Xi has amassed unrivalled control while leading China to a more assertive role on the world stage.

"Anti-China views are becoming the consensus among the US public and its ruling party."

Gao's article - first published May 10 on his WeChat social media account after a trip to Washington - has amassed millions of hits across multiple platforms. He couldn't be reached for comment.

The essays have been noticed by key officials. Gao's piece was circulated last week among bureaucrats at the Commerce Ministry, which has been on the front lines of the trade dispute, said one agency official, who asked not to be named because the discussions were private.

Other officials expressed skepticism about the senior leadership's strategy in discussions with Bloomberg News last week. One Finance Ministry official said the country had made a "major misjudgment" of the US' commitment to a long-term confrontation with China.

China's Finance Ministry and Commerce Ministry didn't respond to faxed questions about the sentiments expressed in the essays.

In official statements, China has remained defiant since Trump's decision earlier this month to levy tariffs on US$50 billion of Chinese imports and push ahead with additional restrictions on foreign investment. China vowed to retaliate immediately and "forcefully," prompting even more threats from Trump that have brought the world's two largest economies to the brink of a trade war.

The risk is that the two sides, having misjudged each other's intentions, find themselves in an escalating series of attacks and counterattacks. Xi, like Trump, is a nationalistic leader who has emphasised his strength and decisiveness and can't afford to look weak in a confrontation with China's biggest rival.

Xi on Thursday issued a veiled rebuke of US Secretary of State Mike Pompeo for calling the country's pledges of economic reform "a joke." 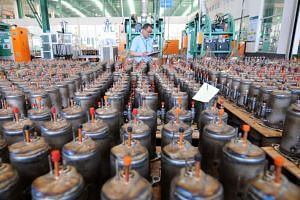 Facing US blowback, Beijing softens 'Made in China 2025' message

"Those who say it is a joke have not seen the confidence that Chinese people have in opening up and reform," Xi said while meeting foreign executives in Beijing.

Xi has a lot at stake personally. He cast aside former leader Deng Xiaoping's maxim to "hide" China's strength and "bide" its time, and last year outlined a vision to complete China's rise as a global power by 2050.

That included building a "world-class" military and boosting clout through his Belt-and-Road Initiative to finance infrastructure from Asia to Europe and beyond. Presidential term limits were also removed, allowing him to rule indefinitely.

Yu Zhi, an economic professor from Shanghai University of Finance and Economics, questioned the wisdom of a more assertive foreign policy in a recent article published in Singapore's Lianhe Zaobao newspaper. He confirmed the comments when reached by phone.

China's attempts to settle the dispute by promising to buy tens of billions of dollars of US energy and agriculture products have so far ended in frustration. Xi's chief economic aide, Liu He, returned from Washington and declared the trade war over last month, only to see Trump escalate tensions again shortly afterward.

To the US, the problem is more than just deficits. The White House last week issued a scathing 36-page report accusing China of "economic aggression," following on from the Pentagon's decision earlier this year to brand the country a "strategic competitor."

A bipartisan group of US lawmakers has subsequently advanced legislation to block an agreement to spare the company has fed fears that the fight over the US trade deficit is headed to an all-out struggle for dominance.

"If mismanaged and the China-US trade war is fully upgraded, it could expand into a financial war, an economic war, a resource war, and a geopolitical war," Ren Zeping, chief economist at Founder Securities Co., wrote in one popular commentary published on June 5.

"The US will use its hegemonic system established since World War II from trade, finance, currency, military and et cetera, to stop the rise of China," said Ren, a high-profile economist who made headlines last year for earning a hefty paycheck.

The dispute threatens Xi's attempt to guide China into an era of slower growth without a recession that could loosen the Communist Party's 69-year grip on power. The country's industrial output, retail sales and investment all fell below forecasts last month and economists predict that the trade conflict could cut as much as half a percentage point from annual economic growth.

Chinese stocks have fallen recently, with the benchmark Shanghai Composite Index down about 20 per cent from its peak in January. The slide has fuelled warnings about a repeat of the market's collapse in 2015, the last time China saw such open criticism of economic policymakers.

"People are going to look back at this year as the pivot point when Xi Jinping overreached and sparked an international backlash against the party and China's development model on multiple fronts," said Jude Blanchette, China practice lead at Crumpton Group in Arlington, Virginia, and a former Conference Board researcher in Beijing.

"There can't be a domestic backlash because most of what they spend their time doing is thinking about how to stop that."