"We will be in partnership with Jack on the path and route to the future," said Datuk Seri Najib, reported Bernama news agency.

Mr Najib disclosed the tie-up at an event to launch the Alitrip Tourism Malaysia initiative alongside Mr Ma in Beijing with the objective of attracting Chinese tourists to Malaysia.

"You can see that China is the place to be. It has 300 million middle-class people, larger than (the) US population. We hope, together with Alibaba, we can make Malaysia and China more prosperous," said Mr Najib. 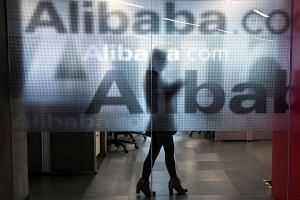 Mr Najib also said that Mr Ma would come to Malaysia to attend the launch of the country's 'E-free' trade zone in March. Mr Najib had announced the setting up of the digital free trade zone in his Budget 2017 speech on October 21.

During his presentation of the Budget, Mr Najib had also unveiled a Digital Maker Movement and Malaysia Digital Hub to build a sustainable digital economy.

The digital economy is estimated to account for 16 per cent of Malaysia's gross domestic product (GDP) and is expected to rise.