SEOUL - North Korea has been conducting missile and nuclear weapons related activities at an unprecedented rate since the beginning of 2017 and is believed to have made some progress in developing intermediate-range and submarine-launched missiles.

Here is a timeline of the country's development of  missiles and nuclear weapons:

1994: The US comes close to war with North Korea over its removal of spent fuel rods from the Yongbyon reactor.

2005: North Korea announces its possession of nuclear weapons for the first time, as well as its withdrawal from six-party talks aimed at ending its atomic programme.

July 2006: North Korea test-fires seven missiles, including Rodong, SCUD and a Taepodong-2 that explodes after 40 seconds, triggering United Nations condemnation and sanctions. Taepodong-2 is a long-range missile that could eventually travel 10,000km and be able to strike targets in the United States. 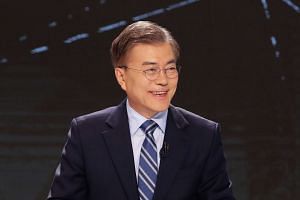 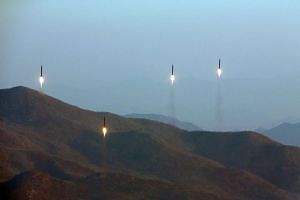 US could speed up North Korea sanctions in response to missile test: US official

May 2015: North Korea claims to have tested a submarine- launched missile; says it has developed technology to mount nuclear warhead on a missile.

Feb 7, 2016: North Korea launches a long-range rocket that it says successfully put a satellite into orbit.

April 15, 2016: North Korea tries, but fails, to test-fire what appears to be a medium-range missile on the birthday of founding leader Kim Il Sung.

Feb 12, 2017: North Korea fires its first ballistic missile in 2017,  in what is seen as a show of force against the leaders of the United States and Japan reaffirming their security alliance. The missile is believed to be a mid-range Rodong or something similar, flying 500km and landing in the East Sea, also known as Sea of Japan.

April 29, 2017: In an apparent defiance of a concerted US push for tougher international sanctions to curb Pyongyang’s nuclear weapons ambitions, the country test-fires a ballistic missile  from the Pukchang region in a north-easterly direction. The missile reaches an altitude of 71 km before disintegrating a few minutes into flight