BEIJING (AFP/THE STAR/ASIA NEWS NETWORK) - Distrust, disbelief, despair: Two years after their loved ones vanished, many Chinese relatives of those on board Malaysia Airlines flight MH370 still refuse to believe they are somewhere at the bottom of the Indian Ocean.

The unique circumstances of the disaster - including conflicting initial accounts, an inconclusive search and a backdrop of scepticism all contribute to their insistence, specialists say.

For many Chinese families, the impact of the disaster was magnified by the one-child policy, which over the past 30 years forced hundreds of millions of parents to pin all their hopes for the future on a single offspring. 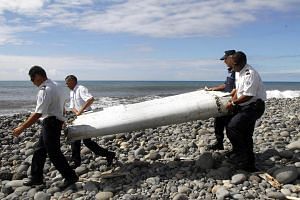 Malaysia waiting for France to decide whether to release 2nd piece of possible MH370 debris to investigators: Liow 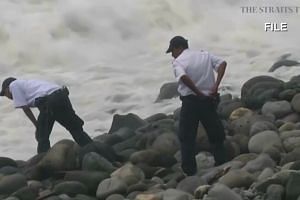 Without that hope, one mother said, she "might as well be dead".

About 50 of them gathered at the Yonghe Temple in Beijing on the second anniversary of the flight's disappearance on Tuesday (March 8) morning, urging the search-and-rescue mission to go on until their loves are found.

But with a two-year deadline to take legal action looming, scores have filed suits for the wrongful deaths of their relatives, even while some insist they are still alive.

In the US, 43 passengers' relatives have sued in New York, and, among other legal actions, on Monday (March 7), the families of 12 Chinese passengers filed cases against the airline, aircraft manufacturer Boeing, aero-engine maker Rolls Royce and insurers at a Beijing court.

Many of the parents of MH370's 153 Chinese passengers - among 239 people on board - are elderly and retired, a time when their children would traditionally have looked after them in a multi-generational household.

"Because of China's special circumstances, I was only allowed to have one son," said Ms Lin Xiaolan, 51.

"When something like this happens, how can you talk about compensation, settling differences? How can you possibly settle this?"

A gynaecologist from Xining, in the north-western province of Qinghai, she says she has a "mother's sixth sense" that her son Lin Annan, 27 at the time, is still alive.

"As mothers, none of us can live normal lives anymore, because there has been no answer to the mystery - it's always hanging there, this knot of worry in your heart," she said.

Malaysia Airlines was involved in a cover up that was probably a "political game between nations", she said.

"If we don't file suit, it's equivalent to giving up the right to look for our children. The goal of the lawsuit isn't to get money, but to seek justice for our children and the truth."

An initial search for the aircraft focused on the South China Sea, before radar traces showed it turning back to cross Peninsula Malaysia and over the Indian Ocean. Citing imprecise satellite data, the authorities believe it flew south for hours before going down in one of the remotest locations on earth.

A vast Australian-led search of 120,000 sq km of seabed has so far failed to locate the wreckage, with only a piece of the plane washing up on the Indian Ocean island of Reunion as solid evidence of its fate.

Conspiracy theories offered relatives a way to try to address the fact that "you do feel powerless, you don't know what's happened, and you're looking for ways to explain it", said Dr Karen Douglas, professor of social psychology at the University of Kent in Britain, who has used MH370 in her research in the field.

Authoritarian governments whose pronouncements are not believed by their citizens could create more fertile ground for such beliefs, she told AFP.

"It makes perfect sense that in a place where you're forced into a corner and you don't really trust, then it's likely that conspiracy theories might be more plausible."

"If they are still not found, I will make a will to instruct my descendants to continue looking for them," Ms Bao Lanfang, whose son, daughter-in-law and grandchild were on the plane, said with tears rolling down her cheeks.

Ms Gao Xianying, 65, who lost her daughter, son-in-law, and three-year-old granddaughter on the flight, moved from Anhui to Beijing so that she can protest daily at the offices of Malaysia Airlines, the Malaysian and US embassies, and China's Foreign Ministry.

"For days on end I'll dream the same dream - that my daughter has come home and is calling me 'mother'," she said, crying.

"I used to be so happy, my old age was the happiest time of my life - I raised my daughter well and got her married. But now my whole life has been upended; I'm living, but I might as well be dead."

Many of the passengers on board MH370 were their family's primary breadwinners, leaving their families in straitened circumstances.

Mr Wen Wancheng, 65, a retired sewage collector whose 35-year-old son was on board, has borrowed to support his daughter-in-law and two grandchildren, aged three and nine.

"My son hasn't come home and his children are so young. One of the hardest things has been the financial pressure."

Malaysia Airlines said in February that 42 next-of-kin of those on board had collected "full compensation", without giving further details.

Mr Wen looked on those who had taken the money with scorn. "You've basically sold out your child. You're no better than a thief."

On Tuesday, the family members vowed never to give up in pressing for the "truth" to be revealed.

They chanted, amid heavy police presence, to urge the authorities to restart the investigation, analysis and search mission.

"We will not give up," Ms Dai Shuqin, who has five family members on the ill-fated Boeing 777, chipped in.

On the second interim report that will be released today, a representative of the Chinese next-of-kin said they hoped a Chinese version would be given as well.

"We are also demanding for a meeting with officials from the Malaysian government to update us on the latest status, and answer our queries," he said.