JAKARTA (THE JAKARTA POST/ASIA NEWS NETWORK) - Early in the second administration of President Joko "Jokowi" Widodo we have a glimpse of what its "focus on radicalism" looks like.

Two new regulations, signed separately on Nov 12, are sowing controversy. One is an anti- radicalism decree for civil servants; another is a presidential regulation on preventing radicalism and on the protection of law enforcers related to terrorism suspects and convicts.

Yet studies have shown no strong correlation between income levels and the adoption of hostile or violent views.

Given so many terror attacks, the government has long been criticised for failing to nip extremism in the bud. However, balancing safety and civil liberties is no easy task.

The regulation on civil servants involves 11 ministries and state bodies.

They must be "professional, free from political intervention, clean of … corruption…, able to deliver public services" and "competent" in ensuring "national unity and integrity", according to the 2014 law on civil servants

While we support the government's intention to put its house in order, the regulation's blurred definitions and scope only raise traumatic memories of the New Order approach of branding any government critic a "radical".

Eventually, anyone who is not a "Jokower", a loyalist of President Jokowi, could be branded a radical, although the current rule is limited to civil servants. 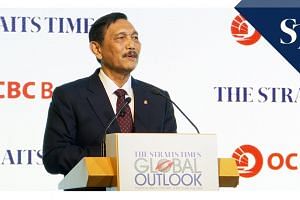 No honeymoon for Jokowi and Ma'ruf after inauguration: Jakarta Post contributor

Even among civil servants the scope of behaviours they are being warned to avoid is too broad.

For instance, any civil servant suspected of insulting or expressing hatred of against state ideology Pancasila, the Constitution, the Unitary State of the Republic of Indonesia (NKRI), the government and its "state symbols" - which include the President - would face penalties.

Retweeting, reposting even "liking" of unfavourable content is also banned.

Under the decree, the government has launched a platform called aduanasn.id on which anyone can post information about government employees suspected of such "negative radicalism".

A task force will investigate and report on alleged misbehaviour.

A regulation based on studies of extremist views, among others, would have resulted in clearer guidelines on civil servants' ethics and conduct, including regarding social media.

The drive behind the new policies is clear. Increasing examples of people expressing exclusivity and intolerance, especially by Muslims against non-Muslims and "lesser Muslims", have set off intense alarms regarding such views emerging among civil servants.

For example, lecturers at state universities reportedly expressed support for an Islamic state, and a few officials and their family members made cynical comments about the stabbing of then-chief security minister Wiranto in October.

The government should indeed ensure that civil servants protect the public and the national interest, but we have enough experience and insight to deliver wiser policies.

The Jakarta Post is a member of The Straits Times media partner Asia News Network, an alliance of 24 news media organisations.