The Australian state of New South Wales yesterday launched an investigation into prayer sessions at all schools following revelations that students have been preaching extremist propaganda in classrooms and playgrounds.

The decision to audit schools in Australia's largest state followed reports last week that police were conducting counter-terrorism investigations into radicals inspired by the Islamic State in Iraq and Syria (ISIS) operating in schoolyards.

Police have confirmed that a 17-year-old final-year student at Epping Boys High School, a state school in north-west Sydney, was being investigated for promoting extremist views.  The student, apparently of Afghan origin, had tried twice to travel to Syria to fight for ISIS in the past two years, according to local media reports.

At school, he reportedly preached in the playground and used school prayer sessions to spread an extremist message. 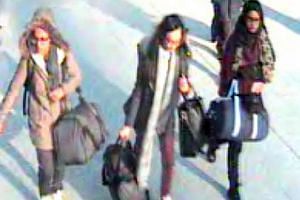 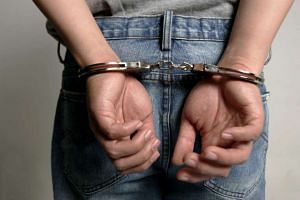 The prayer sessions, which typically occur during lunchtime breaks, are allowed by the Department of Education, though students must have written permission from their parents to attend.

Our schools, our police and other authorities are operating in a new and different world, as far as risks to our young people are concerned. We are going to have to be vigilant, and take action as necessary.

State Premier Mike Baird said yesterday the incident at Epping was "concerning and disturbing", and the government will audit all prayer groups of all religious dominations to ensure they were not being used to spread hatred. In addition, police will develop a programme to train staff at school to detect potential signs of radicalisation.

"We will never allow (schools) to become the setting for extremist ideologies," Mr Baird said.  "Our schools, our police and other authorities are operating in a new and different world, as far as risks to our young people are concerned. We are going to have to be vigilant, and take action as necessary."

The Australian security authorities have warned about growing numbers of young Australians who have been radicalised and sought to fight for ISIS or attempt a domestic attack.

Two students from Sydney Boys High School, an elite selective state school, were detained by police at Sydney Airport in March after apparently planning to travel to Syria to fight for ISIS. In another case, Melbourne teenager Jake Bilardi converted to Islam and apparently died while carrying out a suicide bombing in Iraq in March.

New South Wales Police Assistant Commissioner Mark Murdoch said last week that "it is a whole new ball game", and teenagers as young as 14 were being radicalised.

He said police regularly contacted schools about the risks of radicalisation and urged parents to be on the lookout for signs of changed behaviour in their children.

"We are seeing this in children as young as 14 years old," he said.

The principal at Epping, Mr Tim O'Brien, said on the school's website that the school was closely cooperating with the Department of Education and police to ensure the safety of all students. "It is important I emphasise that student safety, wellbeing and support is our absolute highest priority at all times," he said.

Religious community leaders largely supported the move to increase oversight of school prayer sessions and called for monitoring of those who deliver sermons.

Mr Mohammed El-leissy of InterAction, which supports interfaith community programmes, said there was a need for improved "quality control" of prayer sessions.

"The problem with the prayer groups is people pray and then someone afterwards (can) preach something hateful," he told ABC Television yesterday.

Ms Silma Ihram, Australian Muslim Women's Association's spokesman, said Muslim leaders - rather than police officers or school staff - were best equipped to monitor religious sessions and keep a lookout for extremism. "We have too many people who know too little who are trying to handle this issue and they are just out of their depths," she told ABC Radio yesterday.