South-east Asia, with over 600 million people, is investing heavily in electricity generation to fuel rapid economic growth and reduce poverty. But can the region meet its soaring energy needs without accelerating climate change and worsening air pollution? What South-east Asian nations decide now could well shape global efforts to minimise the threats from a warming world.

There is a power struggle going on across Asean, and how it is resolved could determine the course of climate change in a region ranked as among the most vulnerable to rising sea levels and more extreme weather.

Asean's economies and population are growing and huge investments in electricity generation are needed to fuel that growth for decades to come. Electricity demand is expected to double by 2025 and continue expanding, as poorer members race to industrialise and connect millions of people still without access to electricity.

But the region's power needs have reached a crisis point. Increasingly severe weather disasters, from storms to heatwaves to droughts, are exposing the risks from the region's decision to back coal- and gas-fired power stations to fuel growth. Emissions from the plants will only fuel climate change, the United Nations and other agencies say.

The preference for fossil fuels comes into even sharper focus as renewable energy costs tumble. New-build solar and onshore wind plants are now cheaper than new-build coal-fired power plants and do not need subsidies.

The World Bank, along with the UN, International Energy Agency (IEA) and investors say there are compelling reasons based on cost, health and energy security for Asean to switch to green power. Speed is another: Wind and solar farms are much faster to build. But entrenched local coal interests, coal-focused bank financing and the wrong policies have hindered a rapid roll-out. "In most regions around the world, investment in low-carbon power generation is outstripping investment in fossil fuel-based power. South-east Asia is an exception," said Dr Wang Xiaodong, senior energy specialist at the World Bank.

"One persistent myth in South-east Asia is that coal is the cheapest energy resource to meet the region's growing energy demand. Most countries do not incorporate the environmental and health costs of burning coal into power prices. On the contrary, some countries continue to provide substantial fossil fuel subsides," Dr Wang told The Sunday Times.

The focus on coal is frustrating renewable energy developers.

Coal is the single largest source of planet-warming carbon dioxide (CO2) and investments in coal-fired power stations will lock in large amounts of CO2 emissions for years to come, worsen local air pollution and commit the region to high fossil fuel import bills.

The most populous Asean members - Indonesia, Vietnam and the Philippines - are pumping US$120 billion (S$165 billion) into coal-fired power plants that are under construction or planned, according to a recent study by London-based Carbon Tracker Initiative. Wind and solar investments to date are a fraction of this.

Adding to the dilemma, the UN climate panel last month issued a stark warning on the risks from the planet warming more than 1.5 deg C. To prevent catastrophic climate damage, the global economy needs to slash carbon emissions and dramatically ramp up green energy investments. Coal use in power generation would have to fall to near zero by 2050 from being the world's single largest source of energy for electricity now.

IEA head Fatih Birol said the growth of coal-fired power in Asia was worrying because the new plants would "lock in the emissions trajectory of the world, full stop". China and India have the most coal-fired power plants in Asia but are also major investors in green energy.

"How we are going to deal with this problem is, for me, the nerve centre of the climate change debate today," Dr Birol told the Financial Times last month.

A study by Oxford University released last month found that almost 84 per cent of South-east Asia's planned and existing fossil fuel power plants are incompatible with future scenarios that avoid catastrophic damage from climate change - based on the amount of carbon they are expected to emit over their lifespan.

There is another risk. Combined with falling green energy costs and climate concerns, some coal plants could become "stranded assets", meaning they become unviable before the end of their normal operating life.

Carbon Tracker found that half of the US$120 billion investment in coal plants in Indonesia, the Philippines and Vietnam could soon be at risk. It worked out that by 2027/28, it would be cheaper to build new solar power plants in Indonesia and Vietnam, and new onshore wind farms in Vietnam by 2028. This means that, within a decade, a large number of coal-fired power plants in these countries would lose money.

"Making bad investments now will cast a 10- to 30-year shadow over fast-growing economies that cannot easily write down new but over-priced power assets," said energy finance consultant Melissa Brown at the Institute for Energy Economics and Financial Analysis (IEEFA). "The future economic competitiveness of Asean will be determined by the decisions that are made in the next two years by leading policymakers." 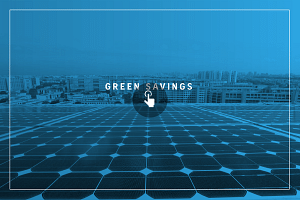 Local concerns over air pollution are another factor.

"We've seen growing and widespread resistance against coal projects across South-east Asia," said Greenpeace South-east Asia's climate and energy campaign team leader Hindun Mulaika. She pointed to protests in Indonesia, Vietnam, Thailand, the Philippines and Myanmar. Some protests have led to projects being stalled or scrapped.

While green energy has grown in the region, coal-fired power generation has grown faster. The IEA says that in 2011, renewable energy in Asean, mainly hydro and geothermal power, totalled 40 gigawatts, while coal totalled 38GW. By last year, coal had grown to 71GW and renewables 58GW, the majority of it hydropower.

Asean as a whole is trying to boost green energy investment. The region has set an aspirational target of 23 per cent renewable energy by 2025, from just under 10 per cent in 2014. To get there, the region needs to invest US$290 billion by 2025, according to an analysis by the UN's renewable energy agency, Irena.

Irena will help the region develop and finance green energy projects, while big Asian firms are keen to invest greater amounts in renewables.

But time is short to speed up the transition. Building more coal- and gas-fired power plants would make achieving the Paris climate target of limiting warming to well below 2 deg C all the more difficult.

Asean acknowledges the risks. It expects carbon emissions from power generation to increase 84 per cent to one billion tonnes per year by 2025 from 2014 levels, much of this increase coming from coal. It also predicts that the external costs related to air pollution from fossil fuels will reach an average of US$225 billion annually by 2025.

So the wheel may turn. The IEA said this month that ambitious climate policies in the region could mean non-hydro renewables, mainly wind and solar, reaching 50 per cent of the region's generating capacity by 2040 compared with 6.9 per cent last year. Coal would shrink to less than 10 per cent, from 29 per cent last year.

Mr Razzouk was optimistic Asean will hit the 23 per cent goal by 2025.

The World Bank is also helping the region make the transition. Dr Wang said it has launched a programme that includes policy advice, technical assistance and concessional financing to bring down costs and offer partial risk guarantees.

Mr Buckley pointed to another reason for optimism: Large financial institutions have started to turn away from coal. He cited two of the largest coal power financiers/developers in the world: Standard Chartered and Marubeni Corporation of Japan. Both exited coal in September. And seven large insurers, including AXA, Allianz and Swiss Re, have pledged to limit exposure to coal customers.

"Coal's long goodbye has well and truly begun. It's time to plan for a transition," Mr Buckley said.