SYDNEY (REUTERS) - The Australian arm of Rupert Murdoch's News Corp called for an enforced break-up of Alphabet Inc's Google Inc, acknowledging the measure would involve global coordination but calling it necessary to preserve advertising and the news media.

The demand, published on Tuesday (March 12) as part of a government inquiry, goes beyond the recommendations of the Australian Competition and Consumer Commission (ACCC) which crossed swords with Google by requesting a new regulatory body to oversee global tech operators.

In an 80-page submission largely centred on Google, News Corp Australia said the US company had created an "ecosystem" where it could control the results of people's internet searches and then charge advertisers based on how many people viewed their advertisements.

Efforts to curtail Google's market dominance around the world had failed because of the search engine operator's record of "avoiding and undermining regulatory initiatives and ignoring private contractual arrangements".

When Google had agreed to change its methods in response to investigation or new regulations in other countries, it often soon replaced the conduct with new methods which had the same effect: directing traffic and sales to its own sites and hurting competition. 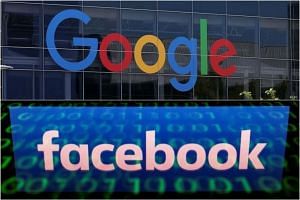 "Any solution must be bold," the New York-listed company said in its submission.

A divestment may involve coordinating with foreign government agencies and some initial regulatory oversight, but "also has an immediate, long-term structural impact on the market, mitigating the potential for future abuses", News Corp said.

A Google representative was not immediately available for comment. In its submission to the same inquiry into the Australian online advertising market, Google said it was a "mistaken premise" to suggest it had "market power in search, search advertising, and news media referrals".

The ACCC declined to comment specifically on News Corp's submission but commission Chairman Rod Sims told the Australian Broadcasting Corp he was "looking at it with an open mind".

The regulator has previously said the enormous market power of companies like Google, which has a 94 per cent share of web searches in Australia, and their opaque methods for ranking advertisements, enable them to favour their businesses over advertisers.

It has proposed a new regulator to investigate how the companies rank advertisements and news articles.