WELLINGTON (AFP) - New Zealand goes to the polls on Saturday (Sept 23) to elect a new government.

Here are the key players in a closely-fought election:

The 55-year-old has never matched Key's personal popularity, but is seen as a steady hand after eight years as finance minister in the ruling National Party.

A staunchly Catholic father-of-six, the former farmer describes himself as a social conservative.

His message through the campaign has been about stability, urging voters to stick with a government that has delivered healthy economic growth throughout nine years in office.

The election is his chance to gain a mandate after serving for so long as Key's loyal deputy.

English's last leadership foray in 2002 ended in disaster for National. The party suffered a record loss, taking barely 20 per cent of the vote against Helen Clark's Labour government.

It was a setback that would have ended many careers, but the then 40-year-old vowed to continue, later saying: "You learn more from losing than you do from winning."

The stellar rise of the Labour opposition since Ardern became leader last month has been the defining element of the election.

The 37-year-old has given the centre-left party an injection of charisma and youthful enthusiasm that has seen it rocket 20 points in opinion polls to become a genuine contender.

The woman behind "Jacinda-mania" is a career politician who describes herself as a policy nerd and says she always envisaged herself working behind the scenes, not running for the top job. 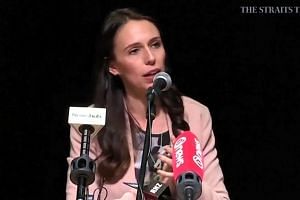 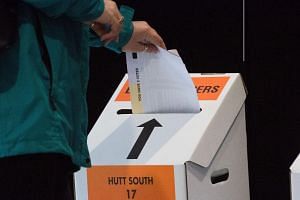 Ardern grew up in the North Island hinterland, where her father was a police officer. She credits the poverty she saw there with shaping her beliefs.

Raised as a Mormon, she left the faith in her 20s due to its stance against homosexuality.

After completing a communications degree, Ardern started out in Helen Clark's office before heading to Britain to work as a policy adviser in Tony Blair's government.

Ardern was elected to New Zealand's Parliament in 2008 and has long been seen as Labour's rising star, although most pundits considered her a leader for the future, not this campaign.

But she has risen to the challenge, remaining calm and articulate in the heat of the election battle and matching English in some feisty TV debate exchanges.

For decades, New Zealand First leader Winston Peters has been known as "The Kingmaker" - a role the populist anti-immigration campaigner could play again if the election is deadlocked.

New Zealand's complex proportional voting system means minor parties usually hold the balance of power, allowing Peters to carve out a parliamentary niche as the man in the middle of the major parties.

The polls have English and Ardern in a dead heat, meaning both could seek to form a coalition government with the 72-year-old political veteran.

Peters' fiery rhetoric has seen him being compared with US President Donald Trump, but he is also pragmatic and would support either side with the right offer.

He served as deputy prime minister from 1996 to 1998 under a National-led government, then as foreign minister from 2005 to 2008 as part of a Labour-led coalition.

Peters, who is of mixed Maori and Scottish descent, entered Parliament in 1978.

He is a long-time critic of high immigration levels and also rails against foreign investment and political elites.

Peters has given nothing away about who he would prefer to deal with in the event of a stalemate.

"If you go into negotiations preferring anyone you're leaving your team behind, you're not giving your country a chance and you're putting your personal bias out there," he said this week.