Although Ms Jacinda Ardern is poised to become New Zealand's next prime minister when the nation goes to the polls on Saturday, she knows what hardships ordinary people face each day. As a teenager growing up in Morrinsville, she worked at the Golden Kiwi Restaurant wrapping fish and chips.

She also knows the prejudices career women almost everywhere in the world still face. Shortly after being named the Labour Party's leader on Aug 1 - putting her in position to become the next PM, Opportunities Party member Gareth Morgan tweeted that he needed proof that Ms Ardern, 37, was more than "lipstick on a pig".

Male TV show hosts also peppered her with questions about whether, as a single woman with a live-in boyfriend, she planned to have children.

"If you are the employer of a company, you need to know that type of thing from the woman you are employing... is it okay for a PM to take maternity leave while in office?" was AM Show host Mark Richardson's roundabout attempt at absolving himself for posing a sexist question.

Ms Ardern's answer was straightforward. Noting that male Members of Parliament were never asked such questions, she said: "That is unacceptable in 2017. It is the woman's decision about when they choose to have children."

With that, what has become known as "Jacindamania" was born. Ms Ardern has almost single-handedly changed the chances of her party in the election since taking over as its leader, Reuters reported. Polls show support for Labour jumped by around 20 per cent and continues to edge up, jeopardising the National Party's 10-year grip on power. 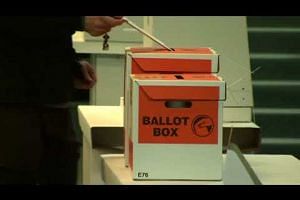 Jacinda Ardern to lead New Zealand, is youngest PM in over 150 years

Described by The New York Times as "unconventional, accessible and ambitious", Ms Ardern was born in Hamilton on North Island.

The daughter of a policeman grew up in Murupara, which had a mainly Maori population, and another small town, Morrinsville, where The New Zealand Herald described her early years as a "country childhood".

Her description of those days sounds like a scene from the noted New Zealand film Once Were Warriors about the tough life of the country's Maoris.

On a less dramatic note, Ms Ardern said that, as a teen, others her age looked at her as an "acceptable nerd" because she let her parents decide whether she could play netball on Sundays, was shy and delivered Christmas cakes to pensioners. "I was novel, but I never felt ostracised," she said in the Herald interview in January this year.

Although she has since left her family's Mormon faith behind, Ms Ardern said her parents instilled in her a "social conscience" that has driven her political career - as did seeing children coming to school without shoes on their feet or anything to eat for lunch, while growing up.

"Even though I was very young, I still have very clear memories of seeing things that just struck me as being unfair," she said in an interview in Wellington. "Things like that, I would say, probably sparked my interest in politics."

Ms Ardern graduated from Waikato University with a communications degree in 2001, then joined the Young Labour branch of her party, where The New York Times reported her discovering a passion for child welfare and economic equality, while working her way up.

Her credentials include working in the office of former prime minister Helen Clark, New Zealand's first elected female leader, and as a policy adviser to former British prime minister Tony Blair during a stint in London.

Her election as president of the International Union of Socialist Youth in 2008 took her to countries such as China, Israel, Jordan and Algeria. After that, she served as an MP for the Labour Party List until early this year, when she was elected as the MP for Mount Albert and, subsequently, the Labour Party's youngest leader after Mr Andrew Little resigned last month.

Colleagues describe Ms Ardern as intensely focused and "unflappable". Party finance leader Grant Robertson, a close friend, says: "She was a person who took seriously everything she did in her working life, and I didn't get a sense she was there to aim for a particular position."

That is not to say she's no fun - Ms Ardern has 80,000 Twitter followers, more than any other MP, and even spun records as a DJ at a music festival.

Her current campaign website includes detailed proposals for free university education and a call for longer limitations on rent increases. Despite her focus on those issues, as well as global warming and same- sex marriage, and making teaching of the Maori language compulsory in schools, the public and the press pay a disproportionate amount of attention to her personal life.

Ms Ardern shares a house with her long-time partner, a TV fishing show presenter, Mr Clarke Gayford, but defers the constant questions about whether they have plans for marriage or a family.

"There's a lot more personality politics around now," she told the Herald. "You often hear people talk about their personal like of individuals.

"I feel like there was a time when they talked about ideas. 'They are going to do X or Y and I'm not so happy about that'.

"Now it just comes down to whether you like the individual at the helm."