WELLINGTON/CHRISTCHURCH (REUTERS) - New Zealand's police chief said on Wednesday (March 20) that the police were working with global intelligence agencies to build a profile of the shooter who killed 50 people at mosques in Christchurch last week.

"I can assure you this is an absolute international investigation," Police Commissioner Mike Bush said at a media briefing in the capital Wellington.

New Zealand Prime Minister Jacinda Ardern has said the suspect in the shooting had travelled around the world and was not a long-term resident.

"We are also working very closely with other Five Eyes partners in terms of cooperation around the profile, travels etc, to build a comprehensive picture of this person that we will put before the court," Mr Bush said.

New Zealand is part of the Five Eyes intelligence network that also includes the United States, Australia, Canada and Britain.

Australian Brenton Tarrant, 28, a suspected white supremacist who was living in Dunedin, on New Zealand's South Island, has been charged with murder. 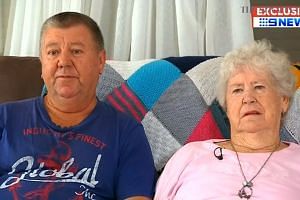 New Zealand authorities have said they think he acted alone in the attacks. Tarrant has decided to represent himself in court.

The authorities in at least six Eastern European countries, including Bulgaria, Romania, Greece and Hungary, are looking into Tarrant’s travels in the region, which in recent years has attracted other right-wing nationalists drawn by its history of battling Ottoman incursions, reported the Wall Street Journal.

Romania is using airport surveillance cameras equipped with facial recognition software to track how Tarrant entered the country and who, if anyone, he met with, according a Romanian official briefed on the investigation told the Journal.

In the months leading up to last week’s massacre, Tarrant travelled through some of history’s most obscure battlegrounds between Christians and Muslims in south-east Europe, the Journal said.

He stopped off at an 11th-century monastery that was looted and destroyed during the Ottoman Empire. He visited a mountain pass where Bulgarians and Russians defeated the Ottomans in 1877 in a bloody battle.

Now investigators are zeroing in on those travels, questioning souvenir shops and tour guides, checking security footage and scrutinising his online presence, in an effort to understand the mix of medieval history and postmodern extremism they suspect drove Tarrant.

Investigators who spoke with the Journal say his movements and elements of his past in Australia and New Zealand paint a picture of a troubled social-media obsessive, fixated on long-ago battles between Christians and Muslims in Europe’s southeast and eager to impress other right-wing nationalists online.

“It’s in Europe where we currently believe his radicalization path lies, although the roots of his ideology may be earlier in internet behaviors,” said a senior counterterrorism officer in Australia, which is aiding New Zealand in its investigations.

Growing up in a small Australian town with limited economic opportunities, Tarrant began to spend more time working out, playing videogames and travelling after the death of his father nine years ago.

Over time,  the Journal said, those travels appeared to fuel an obsession with Islam and its clashes with Christianity.

Images of the rifle magazines used last week showed that the names of several battles between Christians and Muslims in Eastern Europe between the 14th and early 20th centuries were scrawled on them, along with the name of a 19th-century Montenegrin leader who fought against the Ottomans.

Another weapon had the Greek word Turkofagos (“Turk-eater”) written on it.

In a hate-filled manifesto he posted online before the attacks, Tarrant demonised immigrants to Western countries and called for revenge against Muslims, with sarcastic asides that appeared to target other white supremacists.

He described events in spring 2017 that he said radicalised him while travelling in France, Spain and Portugal, including an April 2017 attack in Sweden, when an Uzbek immigrant killed several people.

But even before that, in late 2016, Tarrant was in Serbia and Montenegro, touring historical sites that included the museum of Marko Miljanov Popovic, a Montenegrin Serb general who fought against the Ottomans in the 1870s, reported the Journal.

Later, during a trip to Bulgaria, people he met expressed surprise someone would travel there from so far away.

“He was my first Australian,” Iordan Kacharmazov, the owner of a 15 euros-a-night guesthouse where Tarrant stayed in 2018 while visiting Pleven, the site of a battle of the Russo-Turkish War of 1877-78 told the Journal. The trip was booked five months in advance.

“Who plans a trip so long in advance and comes here, of all places?”