SYDNEY (AFP) - An Australian blogger who faked brain cancer and professed to have cured the disease with natural therapies was fined A$410,000 (S$436,814 ) on Thursday (Sept 28) over the false claims.

The Federal Court in Melbourne found that Belle Gibson deceived people when she launched a popular cookbook and smartphone app in 2013 asserting she overcame cancer through alternative treatments, including Ayurvedic medicine and a gluten-free diet.

In 2015 she confessed to an Australian magazine that she lied about the diagnosis. It also emerged that she failed to make donations she had publicly pledged to charity.

"If there is one theme or pattern which emerges through her conduct, it is her relentless obsession with herself and what best serves her interests," Justice Debra Mortimer said in handing down the fine for misleading and deceptive conduct.

Gibson, 25, who did not attend the hearing, made some A$420,000 from her book and a popular social media business, promising much of the earnings to charity.

Mortimer said people bought her app as they incorrectly believed profits were going to a good cause. 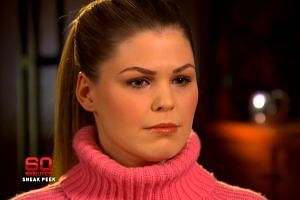 In one of "the most serious" instances Gibson promised a week's earnings to a family whose child had a brain tumour.

"She consciously chose to use the terminal illness of a little boy in this way."