Singaporean Brian Tan Guan Wen, 31, charged with attempted murder for allegedly assaulting a 20-year- old woman, will appear in a Brisbane court for a preliminary hearing on June 5.

Tan is accused of hitting Ms Sherry Cheung on the head with a hammer and stabbing her repeatedly at a residence in the suburb of Norman Park on Monday night, a day after he arrived in Brisbane.

The June 5 hearing is to determine if there is sufficient evidence for Tan's case to go to trial. He can enter a plea or seek an adjournment, a court official told The Straits Times.

Tan was charged on Wednesday night after being transferred to a prison cell from a psychiatric ward at a Brisbane hospital. The court also ordered him to be remanded in custody, pending the hearing.

Police are still investigating the motive for the attack.

A detective told local media that Tan and the Hong Kong woman had previously been in a relationship after meeting online several months ago, and that Tan had visited Ms Cheung in Australia before. 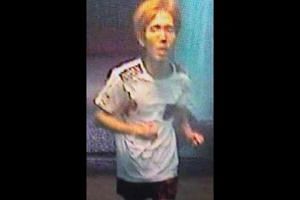 Tan fled wearing only a T-shirt and boxer shorts after the alleged attack, leaving behind his wallet and passport. He was arrested on Tuesday after television news crews spotted him returning to the Airbnb residence and alerted the police.

Ms Cheung, who suffered a fractured skull, is expected to recover from her injuries. In a Facebook post last night, she said she would not be discharged soon.

"These days I received a lot of greetings and blessings. I am still in hospital for treatment, and there is no life risk, but will not be discharged in the short term," she wrote. "I am very grateful to everyone for (their) support and care, and I know I am not alone."