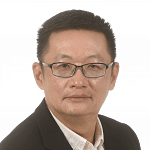 In today's bulletin: The Chinese communities in the US are suffering the ill-effects caused by fear of the coronavirus and how Singapore Budget 2020 is giving a fairly large fiscal boost to the economy.

US Bureau Chief Nirmal Ghosh and US Correspondent Charissa Yong report that across the United States, small businesses in Chinese communities are beginning to suffer as customers afraid of the coronavirus avoid them.There are also reports of rising incidents of bullying or harassment of people of Chinese origin, fuelled in part by thriving online racism and abuse tarring Chinese people in general as virus carriers.

LATEST ON THE CRISIS:

SINGAPORE: World Health Organisation (WHO) praised the efforts of Singapore in tackling cases of coronavirus and said other countries should follow its example.

CHINA: Fewer cars and lower industrial output have cut carbon dioxide emissions by about 100 million metric tonnes, or close to what Chile emits in a year.

MALAYSIA: Poor demand has caused the price of popular musang king durians to fall by between 20 and 50 per cent

SINGAPORE: The Brahm Centre, a charity that works with the elderly, has been offering sessions over the Internet where participants learn to cope with stress and anxiety.

SINGAPORE: The Singapore Red Cross is sending S$2.26 million worth of aid to China over the next five months.

SINGAPORE: The Ministry of Manpower has warned employers that they will have their work pass privileges suspended if they misuse medical facilities by sending seemingly well workers to be tested for Covid-19.

SINGAPORE: The police have arrested four men and one woman, aged 17 to 26, for allegedly cheating customers over face masks sold on online marketplace Carousell.

HONG KONG: How hoarding is hurting disabled residents and their families

SINGAPORE BUDGET: A 'FAIRLY LARGE FISCAL BOOST' TO THE ECONOMY

Deputy Prime Minister and Finance Minister Heng Swee Keat said Singapore's Budget provides a "fairly large fiscal boost" to the economy to counter the impact of the coronavirus, with the Government still expecting positive growth for the year. "Our central scenario is still that we will have some positive growth this year," he said. "It all depends on what happens to the global economy in the coming months and that, in turn, depends on how far the virus outbreak spreads and how severe it is."

10 things to know about Singapore Budget 2020

The Straits Times Interactive: Where money is coming and going

HONG KONG IS HEADING FOR ITS FIRST BACK-TO-BACK RECESSIONS

The twin effects of political unrest and the coronavirus crisis are driving Hong Kong to its first back-to-back annual recessions on record. Economists' forecasts since the start of February point to a contraction of more than 1 per cent this year, following a 1.2 per cent decline in 2019. That would mark a bigger decline and a slower recovery from the virus than from the Sars episode of 2003, when output roared back after the all-clear was signaled.

WASHINGTON: The State Department informed China that its five foremost news agencies - Xinhua, CGTN, China Radio, China Daily and The People's Daily - will now officially be treated as foreign government functionaries, subject to the same rules as diplomats stationed in the United States.

BEIJING: China has revoked the press credentials of three journalists of the Wall Street Journal after the newspaper declined to apologise for a column that called China the "real sick man of Asia". Its foreign ministry said Beijing made several representations to the paper over the column, which China criticised as racist and denigrating its efforts to combat the coronavirus epidemic.

INDIA: Die-hard Donald Trump fan Bussa Krishna is celebrating the visit of his hero to India next week the only way he knows how - offering prayers to a life-sized idol of the US President in his home.

SINGAPORE: A transnational fraud syndicate, believed to have cheated victims of Internet love scams here of at least S$700,000, has been busted by the Singapore and Malaysia police forces.

GENEVA: Children and adolescents are being bombarded with ads on social media promoting harmful products from fast food to tobacco and alcohol, according to a United Nations-backed report that called for regulation.