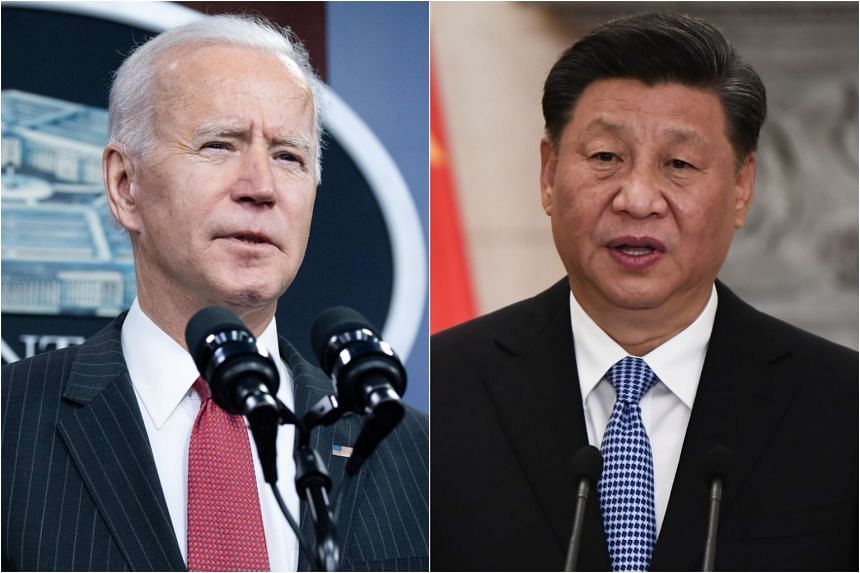 It happened. Just before Chinese New Year. US President Joe Biden and Chinese President Xi Jinping had their first phone conversation on Thursday, days after Mr Biden was sworn in as America’s President on Jan 20. Discussions were not aligned though.

Confrontation between China and the United States would be a “disaster” and the two should re-establish means to avoid misjudgments, China’s President Xi Jinping told Mr Joe Biden, our US Bureau Chief Nirmal Ghosh writes. Cooperation is the only correct choice for both parties, Mr Xi said, according to a report by state broadcaster CCTV.

President Biden, on his part, underscored his fundamental concerns about Beijing's "coercive and unfair economic practices" and brought up the crackdown in Hong Kong, human rights abuses in Xinjiang "increasingly assertive actions in the region, including toward Taiwan,” the White House said.

Other issues were also discussed. The conversation between the two leaders took place hours after the Biden administration set up a  special Defence Department task force on China and ordered an immediate review of the military's strategic approach to the challenge from Beijing.

US to look at more restrictions on tech exports to China 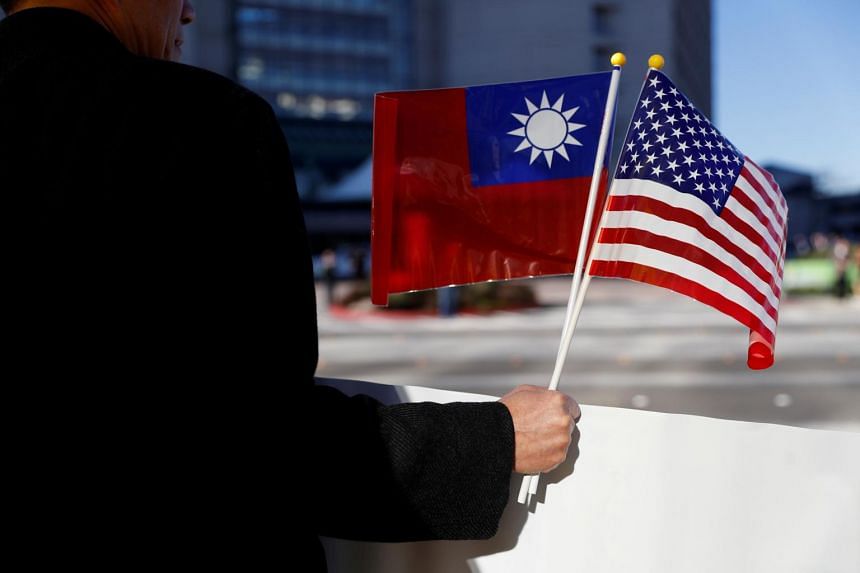 On a day when it seemed like the Biden administration's spotlight was on Asia, President Joe Biden approved an executive order for new sanctions on those behind Myanmar's military coup. Mr Biden also called on the generals to free all the civilian leaders who've been detained. 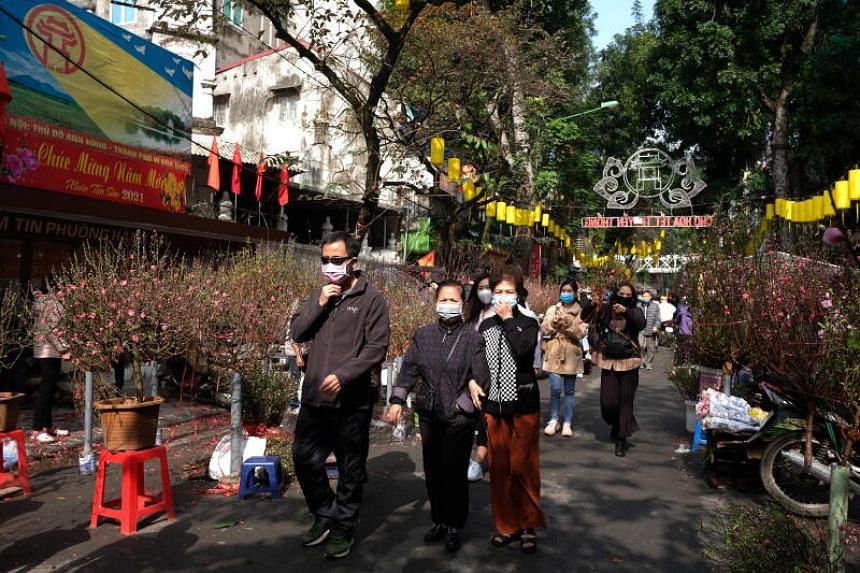 Is Vietnam on track to be one of the region's high-income developed economies by 2045? Hanoi certainly attracts envy over the manner in which it has been able to contain the pandemic and restart its economy but observers will be waiting to see the changes that happen next, to arrive at their own conclusions.

Vietnam recently concluded its five-yearly 13th national congress during which it adopted the ambitious plan of turning Vietnam into an upper-middle income economy by 2030 and a high-income developed economy by 2045. Towards these goals, the party aims to achieve an average economic growth rate of 6.5 to 7 per cent in the next five years.

Analysts are bullish about Vietnam's ability to continue growing and developing - even becoming the next Asian miracle, writes our Global Affairs Correspondent Goh Sui Noi. But it faces several challenges to its ambitions, not least of which is the negative impact on the economy from a pandemic that has yet to run its course.

Vietnam's next PM has a big job meeting its development ambitions 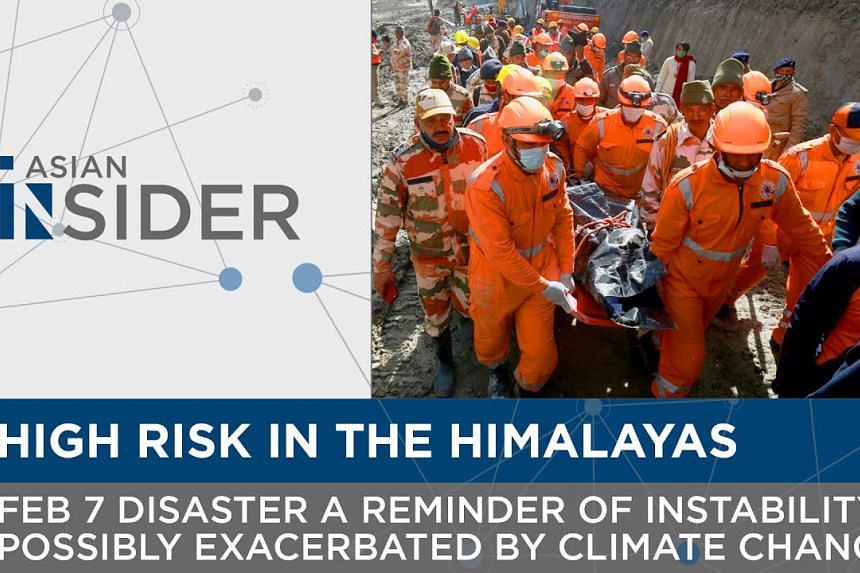 Indian rescuers started drilling today to reach possible survivors of the Himalayan glacier tragedy who could be trapped in a tunnel, parts of which are now filled with debris.

More than 170 remain missing and only 34 bodies have been recovered so far. The disaster saw a barrage of water wiping out roads and bridges and hitting two hydro power stations.

The reasons for the disaster are still being ascertained. But amid shrinking glaciers and unstable lakes and slopes, building more roads and dams in the Himalayas increases the likelihood of such disasters, Nepali Times Editor Kunda Dixit and Himalayan ecology expert Dr Ravi Chopra tell Asian Insider video. The Feb 7 disaster should be a wake-up call for governments and contractors bent on building infrastructure across the inherently unstable Himalayas, they add. 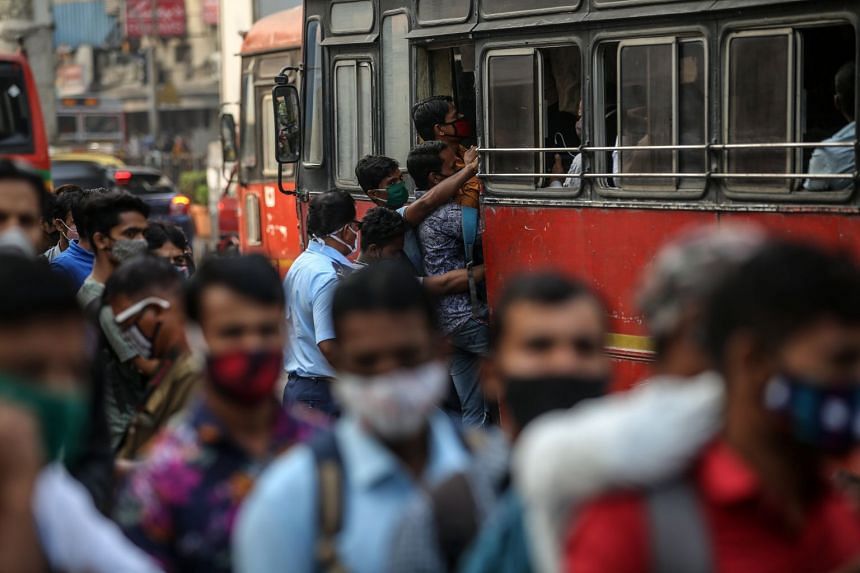 Indian Finance Minister Nirmala Sitharaman's bold budget for the year 2021-2022, presented in the Indian Parliament on Feb 1, doubled healthcare spending to Rs 2.23 trillion (S$40.62 billion) and substantially increased the allocation for infrastructure, to get the economy back on track.

But analysts and observers are questioning if it will work. Ravaged by Covid-19 more than any other major Asian economy, India's economy is on the comeback trail, writes Associate editor Vikram Khanna. But the budget takes some unusually bold gambles to put the economy back on a path of sustained growth.

If it works, India could regain its place as one of the world's fastest-growing economies of the world. But if it fails the economy could relapse into its sub-5 per cent pre-Covid-19 growth rate, weighed down by a job crisis, a blowout of the fiscal deficit and a mountain of bad loans in its financial institutions, he says. 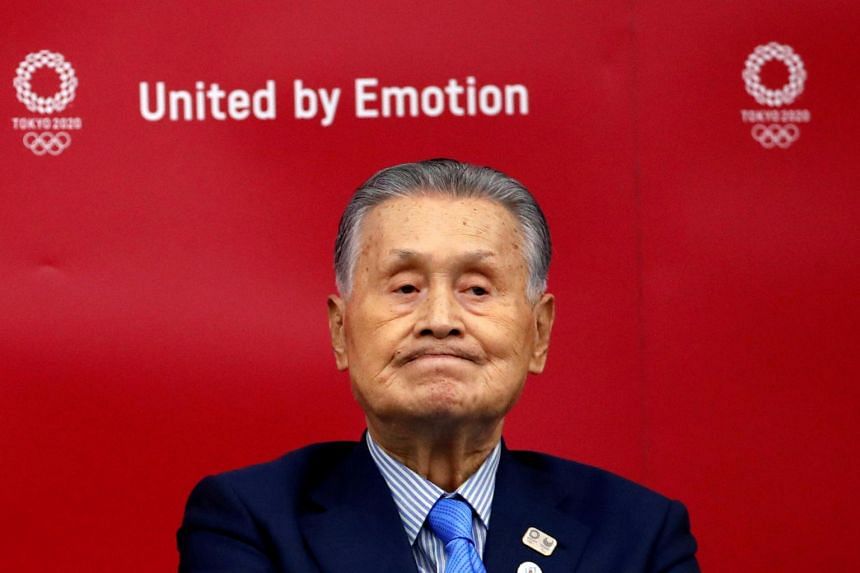 The president of the Tokyo 2020 Olympics organising committee, Yoshiro Mori, could step down following a controversy over sexist remarks made by him, leading media reported. This could, however, raise new fresh doubts over whether the Olympic Games will be held later this year.

Mr Mori's remark - that women talk too much - made at a Japanese Olympic Committee board meeting earlier this month, sparked off much criticism. 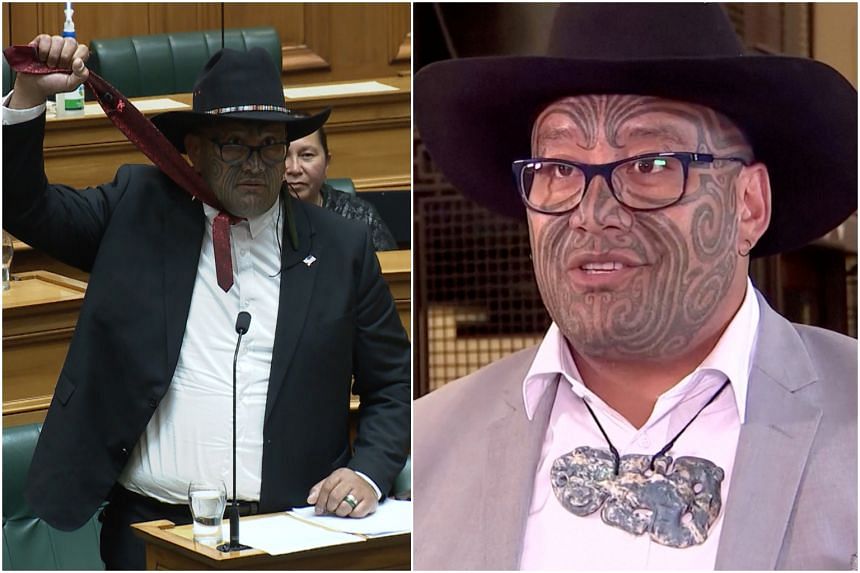 Neckties now optional in New Zealand Parliament: Male lawmakers in New Zealand will no longer be required to wear a necktie in Parliament after Maori MP Rawiri Waititi protested the rule and called the tie a "colonial noose".

China, India troops pull back from disputed border: China and India have begun pulling back their troops from Pangong Lake along their disputed Himalayan border, officials on both sides said, but other areas of conflict between the two neighbours have yet to be addressed.

Kim wants bigger role for party in five-year plan: North Korean leader Kim Jong Un called on his ruling Workers' Party to take a more direct role in his new five-year economic plan and blamed the party for past failures in implementing reform.

That’s it for today. We’re taking a short break and will be back on Monday, Feb 15. For those celebrating Chinese New Year, Gong xi fa cai! Have a good year ahead. Thanks for reading The Straits Times and the Asian Insider newsletter.